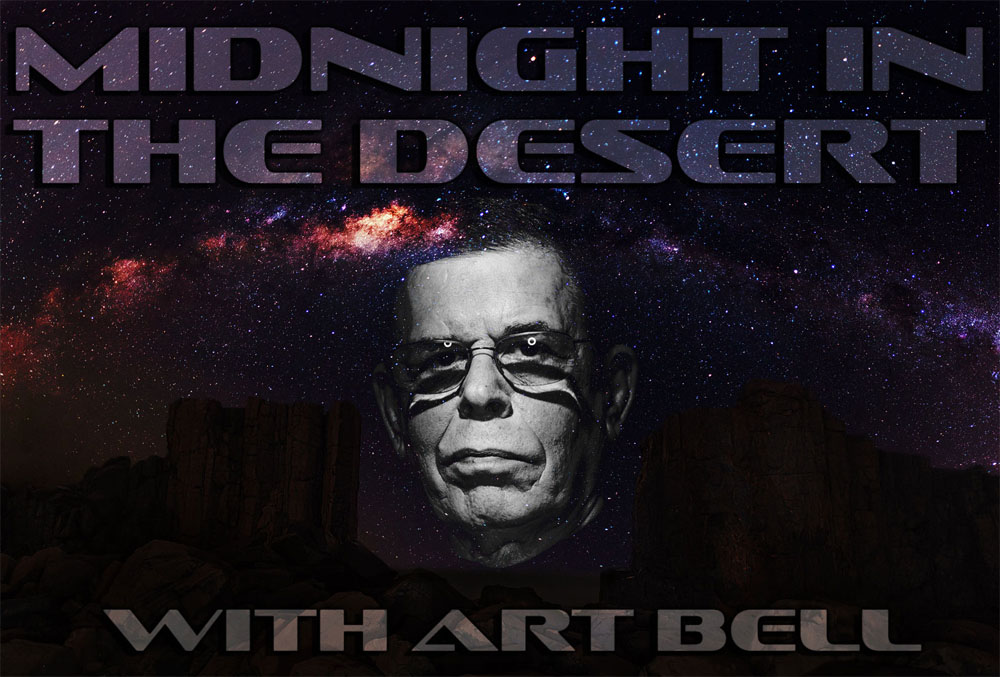 A graphic featuring Art Bell. Designed by one of his listeners named Jeremy and posted to ArtBell.com.

The king of late night radio, Art Bell, is preparing to start broadcasting again his popular radio show format. The new show, Midnight in the Desert, will feature the same subject matter and guests that Art Bell made famous on his Coast to Coast AM radio program. The topics on his show range from the paranormal, aliens, unexplained phenomena, mysteries, occasional conspiracy theories, and similar topics. The new show will again broadcast from "the kingdom of Nye" Pahrump, Nevada beginning July 20th.

The host was last on the air with Sirius XM between September and November 2013 but a dispute between Art Bell and the satellite radio company soured their relationship. Bell wanted to make it easier for his large listener base to receive his program through the Internet but Sirius XM didn't agree to distribute the program in the way Bell desired. As a result of the disagreement, the satellite radio company and Bell agreed to parted ways. As part of the original agreement between them, Bell signed a non compete agreement that prevented him from broadcasting another radio program until July 2015.

The new program is set to be available for free on ArtBell.com as well as on nearly 30 AM and FM radio stations and will air 9PM to Midnight Pacific time Monday through Friday. Bell originally didn't intend to broadcast the program on broadcast affiliates but several stations persuaded Bell into making the program available to them.

Before leaving the airwaves, Art Bell's Coast to Coast AM was the second most syndicated radio program after Rush Limbaugh and was carried by over 500 AM and FM stations across the country.