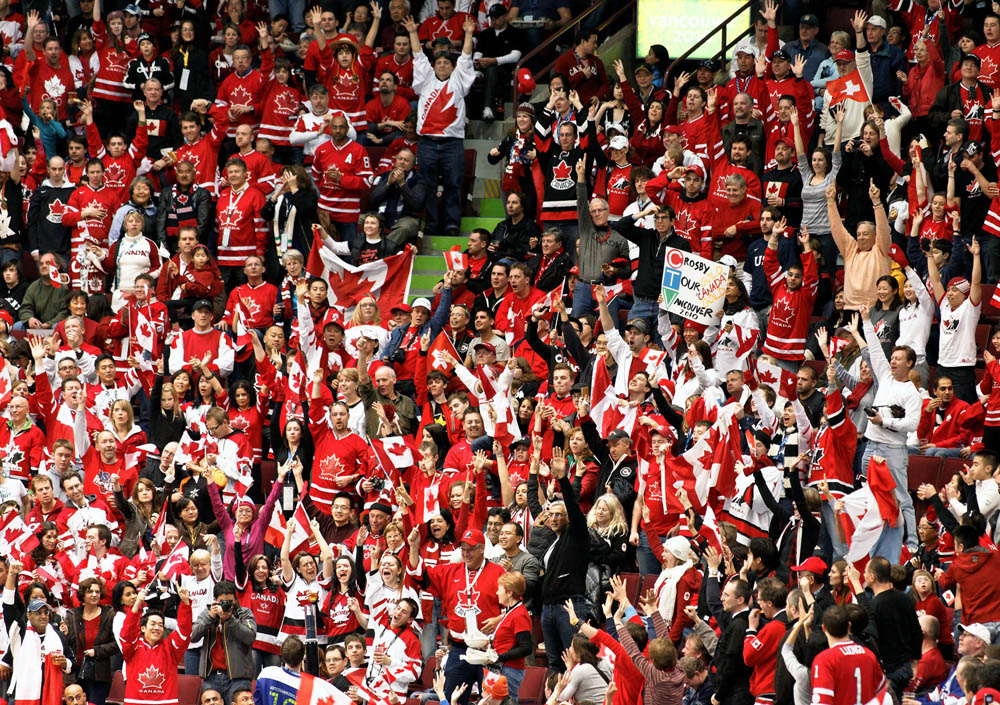 Canadian fans at the Switzerland vs. Canada Olympic hockey game in Vancouver, BC. Photo by S. Yume via Flickr

Across the Internet there are thousands of pages, posts, and tweets about the possibility of Las Vegas landing a National Hockey League team. Many of the messages are written by future fans of the team or by fans eager to make a trip to watch their favorite teams play in Las Vegas. On the flip side, there is a massive amount of critics who are already calling a hockey team in Las Vegas a failure before the puck has even dropped.

One of the most basic criticism is that since it doesn't regularly snow in Las Vegas the team doesn't deserve to exist and won't get any support. Many of the hockey purist making this argument hail from cold weather places like Canada or the Northeastern United States. Fortunately for Las Vegas, successful hockey markets like Tampa, San Jose, and Los Angeles prove that cold and snowy weather isn't a necessary piece for success. Likewise, the team has already secured nearly 10,000 season ticket deposits from excited fans who wanted to show their support for the team.

Another criticism is that Las Vegas doesn't deserve a team while other markets like Quebec City deserve a team more. The critics say that Quebec City has better fans waiting in the wings for their own team and that they have already waited too long. It is true that Quebec City does deserve a team and it will likely happen eventually but the focus of the NHL right now is on Las Vegas. Las Vegas gives the league a unique opportunity to expand into a new promising market that the league has been considering for years. Now that a strong potential owner has showed up and soon to be complete state of the art arena is in place it make since for the league to pursue Las Vegas.

It is true that Quebec has some of the most diehard fans of hockey and do deserve a team one day but these critics need to realize that Quebec City and Las Vegas getting teams is not mutually exclusive and both cities can land teams in the future. Right now the league has 30 teams and with Las Vegas would have 31. It is highly likely that a 32nd team would be created relatively soon. If not through expansion, Quebec City is considered a top destination for a team needing to be relocated.

Others say that Las Vegas will suffer the same problems as the Arizona Coyotes and Florida Panthers with poor attendance and little interest among the locals. Unfortunately for both of those teams, they suffered from so many set backs that have greatly harmed both teams.

The Panthers terrible on ice performance, one of the worst in professional sports, has prevented the team from convincing the people in South Florida to show up and follow the team. The Panthers have also suffered poor management decisions that have negatively effected building the fan base.

If the Panthers' situation was bad, the problems in Arizona are even worst. While not quite as bad as the Panthers, the Coyotes have had mediocre on ice performance and like the Panthers have never won a Stanley Cup. The Coyotes have suffered from extremely bad ownership in the past with an owner who forced the team into bankruptcy and was doing everything possible to push them out of Phoenix. For years the Coyotes were in limbo, will they stay or will they go, that caused many fans to not know if the team would even exist the next season. To make maters even worst, the Coyotes arena is situated in the far West valley away from most of the population and more importantly the hockey fan demographic.

Fortunately for the Panthers and Coyotes both teams have transitioned to new ownership recently and both groups have committed to improving the teams on and off the ice.

While we don't know yet how well the Las Vegas team will perform on the ice, the management appears to understand what it takes to attract fans and rally the city around the team. Another key piece, the arena, is centrally located on the strip right off of highway 15 and not in some far off suburb.

No matter how good things look, the ultimate fate on whether Las Vegas gets an NHL lies with the league and their board of governors. A decision on if the expansion will be approved is likely to come this summer.