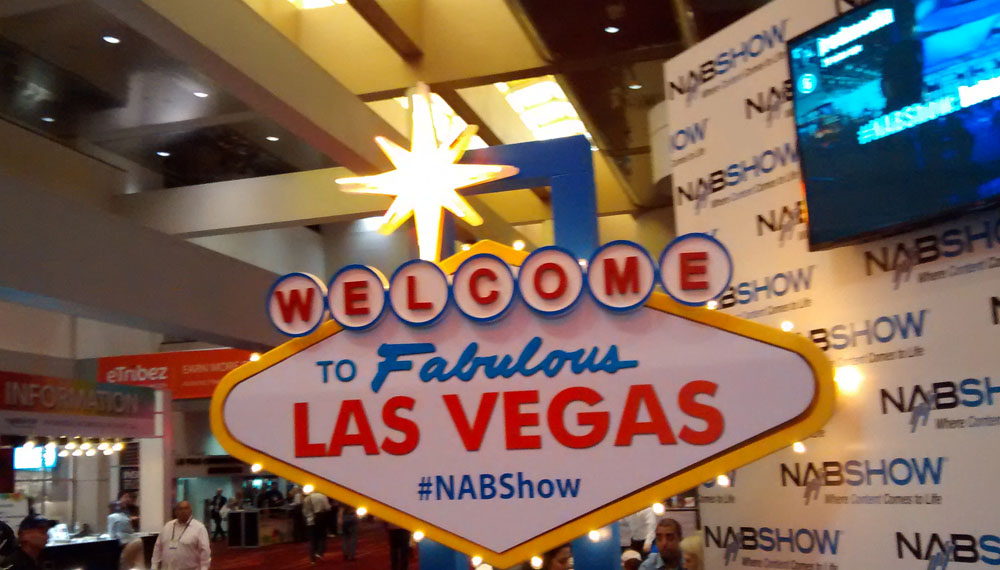 Scene from the 2014 NAB Show. Photo by NVCentral Staff.

One of the largest annual trade shows that comes to Las Vegas, the NAB Show, kicks things off today. The show organized by the National Association of Broadcasters features conferences, exhibits, meetings, and other events for media and broadcast professionals. The majority of the event takes place at the Las Vegas Convention Center with other events scheduled at the Renaissance Hotel, West Gate Resort and Casino, and the Wynn.

The show is known for showcasing tens of thousands of different broadcast and technology products and solutions for the media industry and is set to feature more than 1,700 exhibitors, 1,600 members of the press, and nearly 100,000 total attendees with 26,000 of those being international attendees from 159 different countries.

The event caters not only to traditional media and broadcast platforms like broadcast radio and television but new advances in media including mobile, streaming, and alternative content creation and delivery methods. Among the companies present are Intel, Canon, Cisco, IBM, Google, Siemens, Qualcomm, HP, and LG.

The show is set to last until Thursday, April 16th. More information about the NAB Show including conference schedule and exhibit information can be found at their web site, NABShow.com.