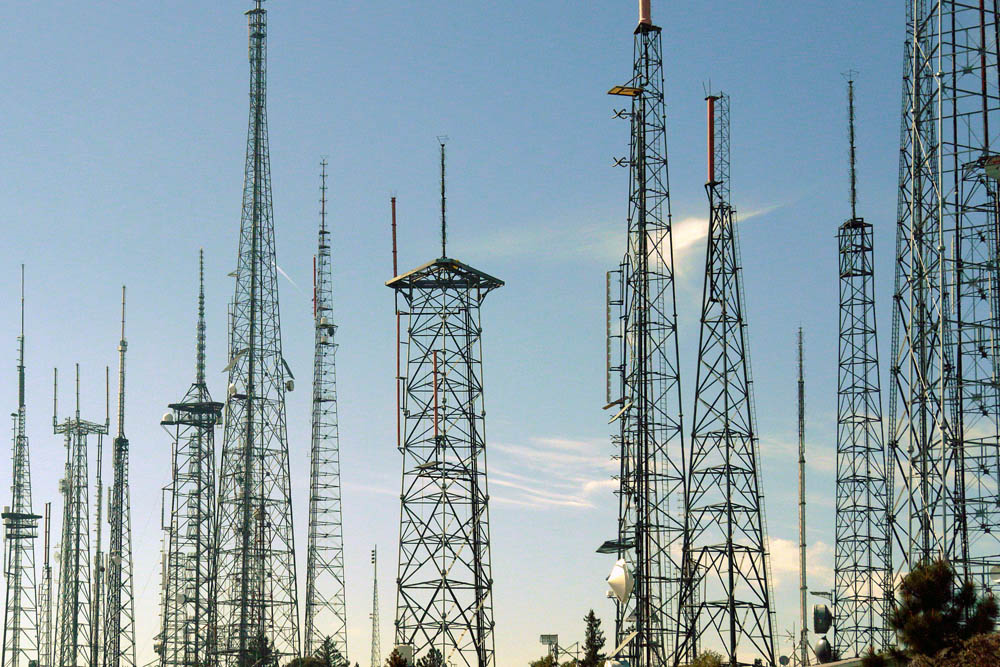 A view of the communications towers on Mount Wilson in Southern California. A new FM radio station would use a tower similar to the ones pictured above. Photo by Andrew Hart via Flickr

The Federal Communications Commission announced this week that they are putting up for auction 131 FM radio station permits across the country. The lone station part of the auction available here in Nevada is located in the small town of Owyhee. The town which sits on the Duck Valley Indian Reservation has around 1,000 residents according to Census information. The station, if built, would be the first FM station to serve the small town.

The process of awarding a new station to Owyhee began in 2006 when College Creek Broadcasting was looking to move a radio station they held to a more populated area. With their station, KPHD in Elko, Nevada, they proposed a series of moves involving other stations that would see their station ending up in the much larger Boise, Idaho. The upgrade of their station significantly increased its value having gone from reach about 50,000 people in Elko to over 500,000 in Boise. That station today is now KZMG-FM "My 102.7" and licensed to Melba, Idaho.

As part of that move they proposed adding the first FM station to serve the small town of Owyhee. The FCC approved both request but it wasn't until the announcement this week of an auction that much was heard about the proposed station. In the auction, the station would be able to be purchased and build by anyone taking part in the auction. The station will broadcast on 97.3 FM and will be a class C3 and operate with up to 25,000 kW of effective radiated power.

The auction begins July 23, 2015 but participants will have to provide their information and down payment in May in order to participate in the auction. Once purchase the buyer will be required to obtain the necessary space for a tower and their equipment. The station would likely cost at least $35,000 to build but depending on configuration could cost significantly more.