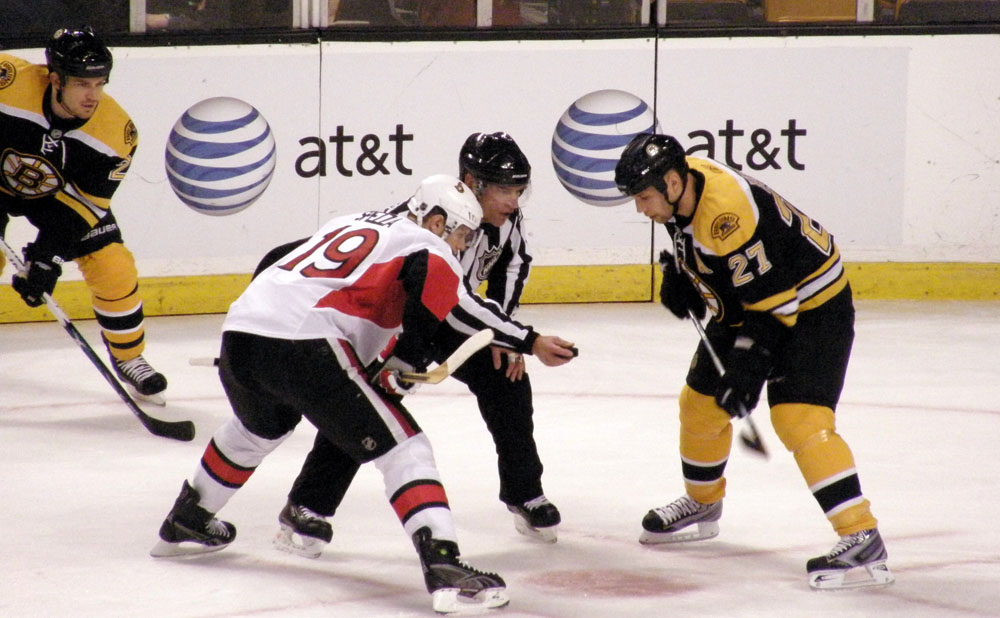 A faceoff between Jason Spezza and Steve Begin in an NHL game between the Ottawa Senators and Boston Bruins. Photo by Dan4th Nicholas via Flickr

If the team gets approval by the NHL, they are set to play at the new AEG/MGM Resorts International Las Vegas Arena located near the New York-New York and Monte Carlo casino resorts. The new arena, which broke ground on May 1, 2014 is expect to have seating capacity of 17,500 for hockey.

More information can be obtained at VegasWantsHockey.com.