Floyd Mayweather vs. Manny Pacquiao satisfies everyone but the fans 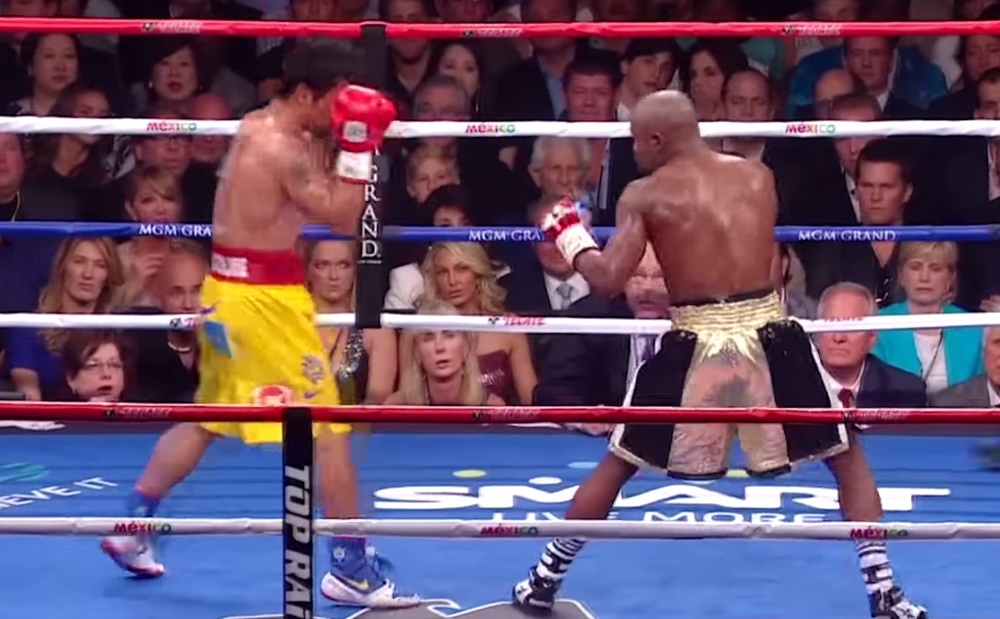 A photo taken during the Mayweather vs Pacquiao boxing match on May 2nd, 2015.

The Pacquiao vs. Mayweather event, the "Fight of the Century" everyone awaited has finally come to passing. This professional boxing match between the Philippines' Champ Manny "Pacman" Pacquaio and the undefeated Floyd Mayweather led to a great economic boost to all those involved, baffling as it went beyond expected.

The MGM Grand Hotel together with the other sports books in Las Vegas, once the bets were all placed, were anticipated to generate millions in revenue. Indeed no shortage came to be concerning the number of those who lined up just to make their bet on the fight -- many waited as long as 45 minutes to place their bets. The wait for some took longer than the span of the main event itself.

It wasn't just the sports books raking in the money, rates of the hotel rooms skyrocketed. Even the least wanted properties tripled their rates, which was no failed attempt at all with the help of the hype the event had going for weeks. MGM Grand rooms quickly approached the $1,800 mark just for a weekend night while off the strip the Fairfield Inn had its fight weekend rooms ranging from $370 to $400 a night. According to Las Vegas Convention and Visitors Authority, it was a supply-and-demand issue and that businesses were charging what they felt was appropriate price-wise.

Tourist stormed through Vegas even days before the special fight, that there were only limited amount of tickets left available for the 16,000-seat arena. A few more tickets were up for the public's grabs a day prior to the match and people were desperate enough to pay $7,500 just to get a hold of one until all were sold in less than a few minutes. These included the ringside seats that fetched a reportedly $100,000 apiece through resellers.

Around the world the fight was probably the most anticipated event this year although perhaps a close second after the Super Bowl. Pay-per-view was sold to an estimate 5 million subscribers in the United States at $90 each, leading to revenue at an estimated $450 million to be divided between the boxers, TV producers, and the cable and satellite TV providers. Outside the United States, there were even more.

Focusing on the match itself, it reasonably had an undeserved purpose of satisfying what the majority of the global crowd craved for: a legendary match. It was more of a flop and just another generic fight, which only wasted what was deemed as the "Battle for Legacy" and the "Fight of the Century." People called out Mayweather for his cowardly tactics and money lusting nature; Pacquiao received almost all the praises as the "better fighter" and a "better person", who had won their hearts despite his technical defeat. Though it could be merely public denial, the conclusion of the match had spawned quite a buzz in the social media with some even declaring boxing dead.

In the end, money-wise, it's a huge win-win for both boxers too with Floyd Mayweather having earned an estimated $200 million while Manny Pacquiao earned around $120 million.