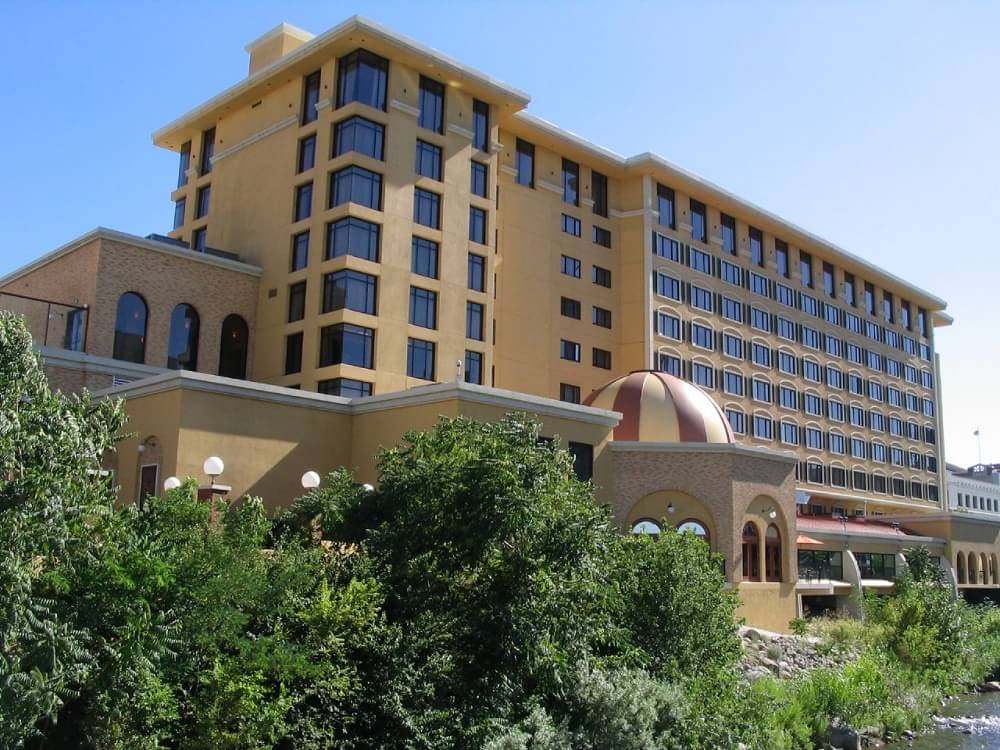 The Siena Hotel Spa and Casino in Reno, Nevada in 2006. Photo by Ken Lund via Flickr

One of the smallest hotel/casino properties in Reno, The Siena, has announced that they are being sold to a new group. Information about who will take over or how much they will pay for the property was not release by The Siena but likely the current owners are in for a huge payday.

The property was originally the Holiday Hotel and opened in 1956 as a non-gaming establishment but shortly after opening added gaming to the property. After 42 years of operating, the hotel shutdown in 1998. Later the property was purchased by Barney Ng and renamed to The Siena. Mr. Ng invested approximately $80 to $100 million into the property gutting it and completely renovating it from the ground up. But after years of struggling financially, the property was shutdown and eventually sold at a bankruptcy auction. The buyers of the property and current owners, Grand Siena LLC, paid just $3.9 million. After purchasing the property, the group spent several million on renovations and updates and a few months later reopened the property.

Since purchasing, the Reno market has improved substantially with many companies including Apple and Tesla announcing plans to open new factories and offices in the area. Together with an improving economy the property is now worth significantly more than the $3.9 million it was sold for in November 2010.

Exact plans for the property are not known yet but some have speculated that the property might once again return to a non-gaming hotel while targeting business and upscale travelers.